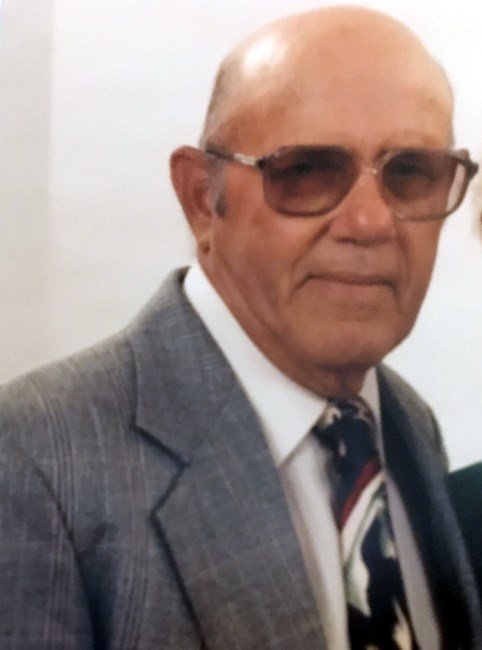 Henry Herbert Settle passed from this life to the next on March 3, 2020.

He grew up in Baird and graduated from Baird High School.

Shortly after, he entered the United States Army and was assigned to the 902nd Engineering Air Force Headquarters Company.

He ranked as a Corporal and served in the Military Police while stationed in Germany. His service was from June 18, 1945 to November 25, 1946.

He worked for the U. S. Postal Service as a mail carrier for 25 years.

Previously, he was manager of Mac’s grocery and a bookkeeper for Town and Country.

He was an active member of Reagan County Trailblazers, serving on the board, and he was a member of First Baptist Church, also serving as the treasurer.

Henry devoted his life to his Addie for 74 years and to his five children.

They were totally involved in the all the activities of their children, grandchildren and great grandchildren.

He enjoyed gardening, woodworking and traveling.

He was known for his beautiful bougainvilleas and for his special wooden objects he gave to his family, friends and for community fundraisers.

He was preceded in death by his parents, siblings and sons Harv Settle and Opie Settle.

A private burial will be Sunday, March 8 at 10:00 am at Glen Rest Cemetery in Big Lake.

Other items that may interest you